For an official channel their knowledge is woeful.

Ahead of Manchester United’s 0-0 pre-season draw with Inter Milan on Tuesday their official channel MUTV got the team lineup spectacularly wrong.

New manager Louis van Gaal experimented with a 3-4-1-2 formation, but the TV coverage was all over the place in their naming of the players.

Of the 11 stars on the pitch only Ashley Young and Danny Welbeck were identified correctly – as can be seen below: 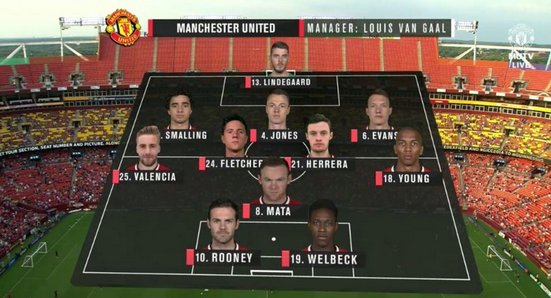