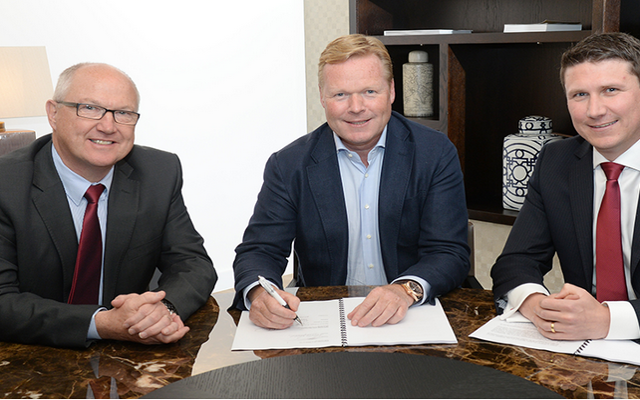 Having lost a host of players it appears that new Saints boss Ronald Koeman is keen to invest heavily in new talent with Southampton ready to invest as much as £50m in new additions according to the Daily Mirror.

The St Mary’s side have seen Luke Shaw, Adam Lallana, Rickie Lambert, Dejan Lovren and Calum Chambers all leave and Koeman faces a real battle to make up for such a dramatic loss of talent before the new season gets underway.

Koeman has already raided his former club Feyenoord to bring in Italian goal machine Graziano Pelle and has set his sights on Jordy Clasie and Stefan de Vrij who also represent the De Kuip side.

The third Dutch international on the south coast side’s wish-list comes in the form of relegated Norwich City star Leroy Fer and that capture is perhaps the most likely of the trio.

Nigerian World Cup star Eddy Onazi is also understood to be a target as is Celtic keeper Fraser Forster, though the SPL side’s £8m valuation could bring a swift end to Southampton’s interest.

One imagines Koeman would have known about the likely exits before he took over from Mauricio Pochettino and as such has had plans in place to deal with the mass exodus.