City to unveil terrible new away shirt for upcoming 2014/15 season.

Images of what is reported to be Manchester City’s new third shirt for the upcoming season have been leaked onto the internet by the folks over a Footy Headlines.

After coming up with two stylish efforts for their home and away strips ahead of the new campaign, sportswear giants Nike have seemingly let themselves down with an awful purple and green effort that will serve as their third kit.

However, the dark purple body of the jersey surely clashes too closely to that of their navy blue away kit, rendering it rather useless.

But the shirt is yet to be confirmed as official, meaning fans may be able to dodge shelling out on this awfully ugly shirt. 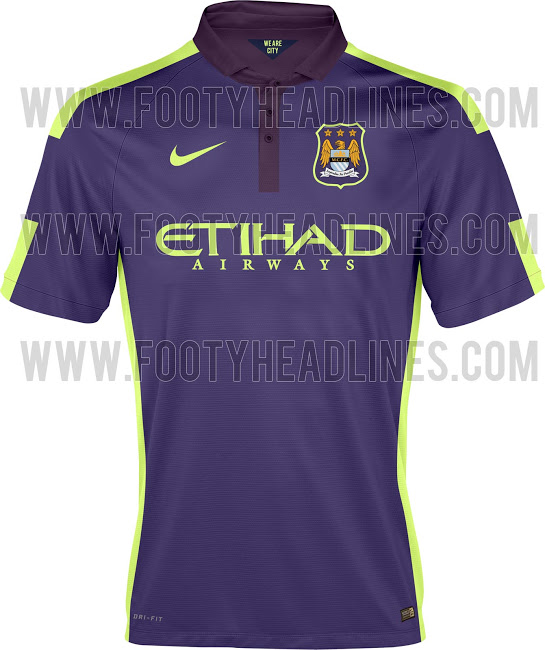 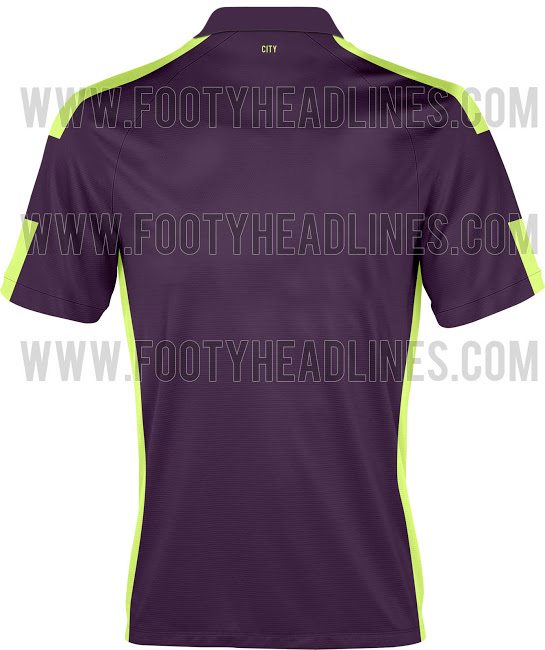