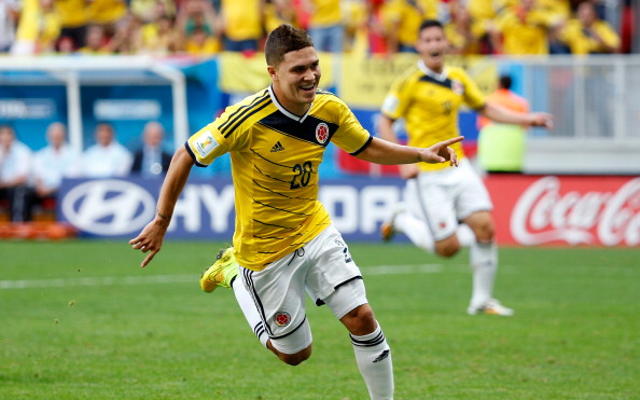 Arsenal manager Arsene Wenger has today told reporters that rumours of the club’s interest in Porto starlet Juan Fernando Quintero are false, according to the club’s official Twitter feed.

The Gunners have been linked with the promising Colombian international in recent days, with the 21-year-old rumoured to be close to a £16m move to the Emirates Stadium after impressing in the Portuguese top flight and in Brazil at this summer’s World Cup.

It looked as though Quintero could join his fellow countryman David Ospina in moving to north London ahead of the new season, but it now seems as though Wenger is officially ruling out an interest in the talented attacker.

The Frenchman already has plenty of options in the attacking midfield department, though it still looks as though Santi Cazorla could be on his way out of the club after continued links with Spanish champions Atletico Madrid.

Still, for the moment, Wenger gave a firm answer on rumours surrounding Quintero.

Wenger rules out move for Quintero. “That is wrong,” he says http://t.co/GFNaNzGOGy #EmiratesCup

Wenger was speaking at a press conference ahead of this weekend’s Emirates Cup pre-season competition.