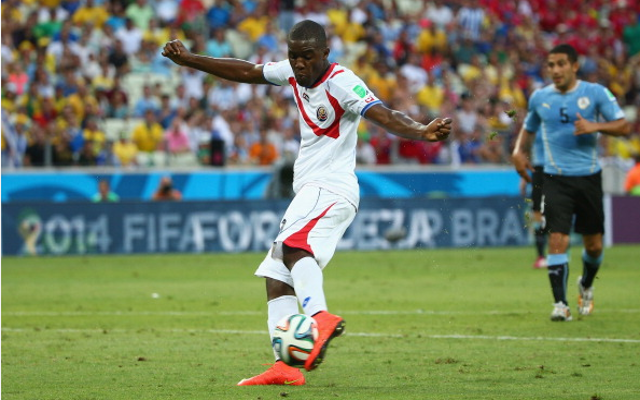 AC Milan will send scouts to assess the performances of Arsenal youngster Joel Campbell at the Emirates Cup in London this weekend, according to the Daily Telegraph.

The Italian giants have been linked with Campbell on a number of occasions this summer, with rumours that the two clubs could do a swap deal involving former Manchester City man Mario Balotelli as well.

However, these stories have died down of late, and it may just be that Milan will try their luck with a bid for the Costa Rica starlet, who impressed for his country at this summer’s World Cup, if they like what they see from him in action for Arsenal this weekend.

The Gunners will take on Benfica and AS Monaco in the pre-season tournament at the Emirates Stadium, and will have a number of new signings of their own on show, while Campbell will also be a relatively new face after spending the last three seasons out on loan.

The 22-year-old is yet to make a competitive appearance for Arsenal, but is known to be highly regarded by those at the club, and is seemingly rated by Milan as well as they step up their interest in the player.