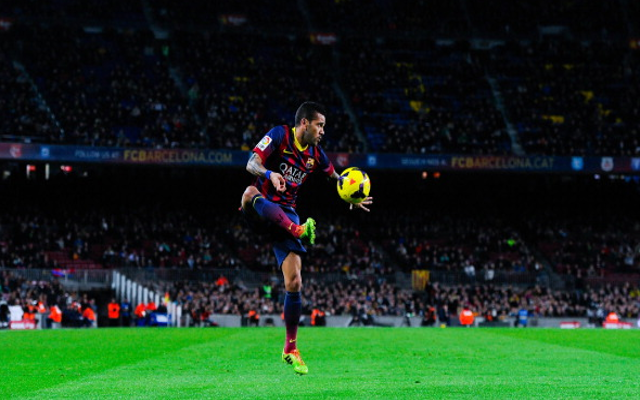 Barcelona have reportedly told Brazilian right-back Dani Alves he can leave the club this summer, with new manager Luis Enrique targeting Juan Cuadrado as a replacement, according to Sport.

The Fiorentina winger, who has also been linked with the likes of Manchester United and Arsenal this summer, is one of the most in-demand players in Europe this summer, and could be an ideal signing for Enrique’s new-look side, which could line up in a 3-5-2 next season.

The Colombian international may be better suited to the wing-back role than Alves, who looks somewhat past his best and lacks the work rate required to cover in defence as well as join the attack.

Despite being a key performer for the Catalan giants since joining the club from Sevilla in 2008, Alves is no longer in the club’s plans for the new season, with a major rebuilding process going on at the Nou Camp this pre-season.

Cesc Fabregas and Alexis Sanchez have already both left in moves to Chelsea and Arsenal respectively, while Victor Valdes also left at the end of his contract, while long-serving captain Carles Puyol decided to retire from the game.

Big names such as Luis Suarez and Ivan Rakitic have come in, and Cuadrado could be next as Alves looks set to make way.