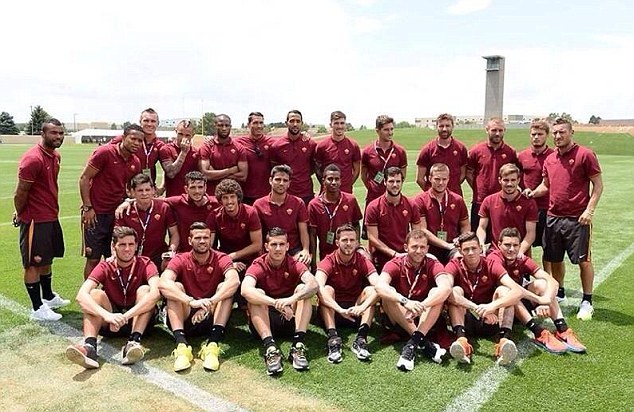 Star defender takes the mick out of himself over photo gaff.

Ex Arsenal and Chelsea left-back Ashley Cole recently embarrassed himself by positioning himself right on the outskirts of AS Roma’s team photo (above).

The 33-year-old has since become the subject of many memes, as Photoshop wizards have taken his lonely image and pasted it into other snaps.

Cole has taken the banter in good humour, retweeting three memes, including one in which he is seen creeping behind former wife Cheryl and her new husband Jean-Bernard Fernandez-Versini.

Ashley and Cheryl divorced in 2010.