New Barcelona boy still taking chunks out of players in the virtual world.

As the new FIFA and Pro Evo 15 games closes in on hitting the shelves, a hilarious new image of Luis Suarez taking a bite out of Holland’s Daryl Janmaat has been doing the rounds online.

The cheeky glitch sees the new Barcelona star taking a bite out of the Dutchman’s arm with the Dutchman grimacing in pain as the incident invokes memories of the similar incident in which Suarez sank his teeth into Branislav Ivanovic’s shoulder last year.

All that the glitch needed was the Uruguayan tumbling to the floor and clutching his teeth in mock pain to make it truly realistic.

Pro Evo 15 will be due out in November and fans will be hoping that it will be able to catch up to FIFA once again.

See the picture below. 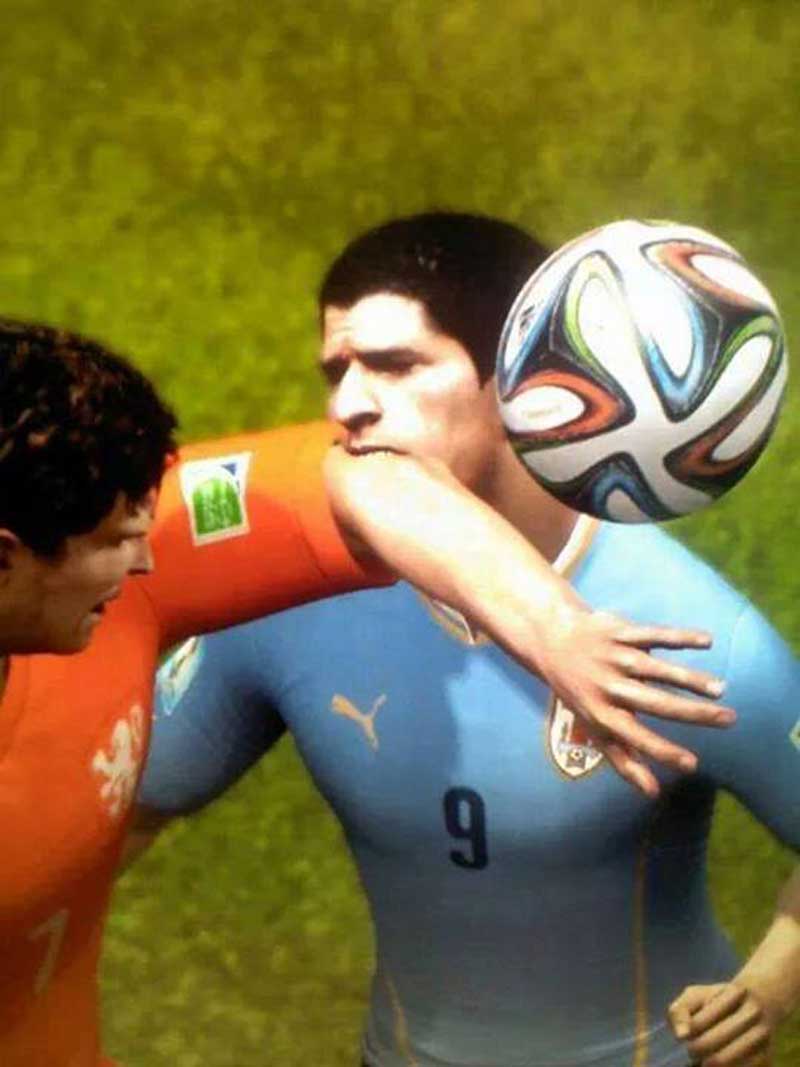