Arsenal could be set to take full advantage of Benfica’s presence in north London this weekend, with Arsene Wenger keen to open talks over a move for Nicolas Gaitan as a possible replacement for Santi Cazorla.

The Gunners will face the Portuguese giants on Saturday and Ligue 1 side AS Monaco on Sunday in the anual pre-season tournament, with new signings such as Alexis Sanchez and Mathieu Debuchy set to be on show for Wenger’s side at the Emirates Stadium.

However, there could still be further arrivals for Arsenal this summer, with the £30m-rated Gaitan now thought to be on the club’s radar as a quality replacement for Cazorla, who has been linked several times with a move to Atletico Madrid in this transfer window.

The 29-year-old Spaniard has been a key performer for Arsenal since he made the move to the Premier League from Malaga back in 2012, but it is thought that he is keen to return to La Liga again before the end of his career.

A potential move to link up with Diego Simeone’s title-winning side in Madrid may be too good for the midfielder to turn down, but could leave Wenger’s side with something of a gap in that position, despite Sanchez already being brought in.

Gaitan has established himself as one of the best wide players in Europe during his time with Benfica, contributing highly in both goals and assists for last season’s Portuguese champions, and his fine form has seen him linked with big names such as Liverpool and Manchester United in the past. 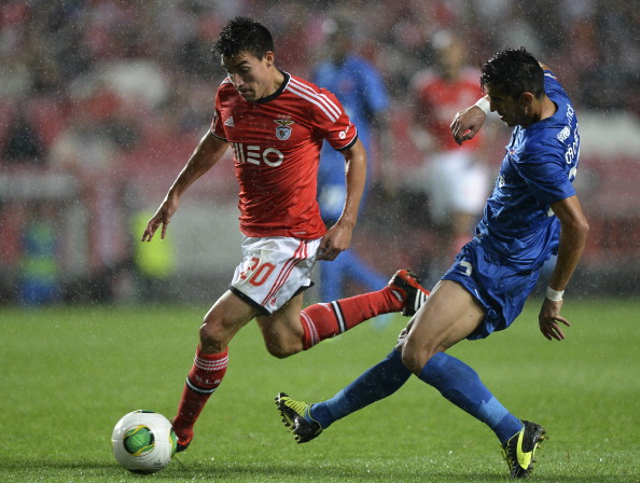 More recently, another Emirates Cup contender Monaco have been strongly linked with a £30m move for him this summer, though stories of this move have died down of late, and it could be that Arsenal will be in with a chance of snapping him up.

Gaitan can play on either flank and will provide the team with great quality from dead-ball situations, as well as the occasional spectacular goal from long range.

The Argentine was somewhat unfortunate to miss out on a place in his country’s World Cup squad this summer, but a move to a bigger club would no doubt help his cause in the future.