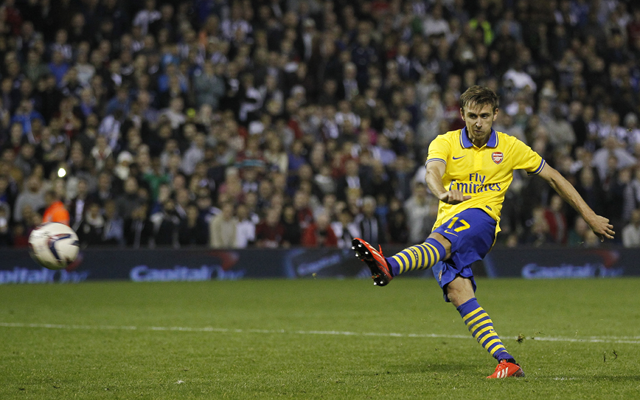 Spanish giants Athletic Bilbao are said to be keen on making a move for Arsenal full-back Nacho Monreal this summer, according to the Metro.

Spanish newspaper Mundo Deportivo believe the La Liga side are eyeing a move for the 28-year-old who only joined the Gunners from Malaga 18 months ago.

In recent weeks Monreal has been linked with a move to Atletico Madrid, who were also thought to be keen on snapping up his north London teammate Santi Cazorla as they look to rebuild their decimated title winning squad this summer.

However, they may find convincing him to return to his homeland difficult as he is apparently keen to stay at the Emirates Stadium and fight for his place.

Currently Kieran Gibbs is the club’s first choice left-back, but he will be hoping that with increased competition in all positions this season he will get more of an opportunity to show what he can do.

Having signed from Malaga in the January transfer window of 2013, Monreal has gone on to make just 47 appearances for the club during that time, scoring one goal.