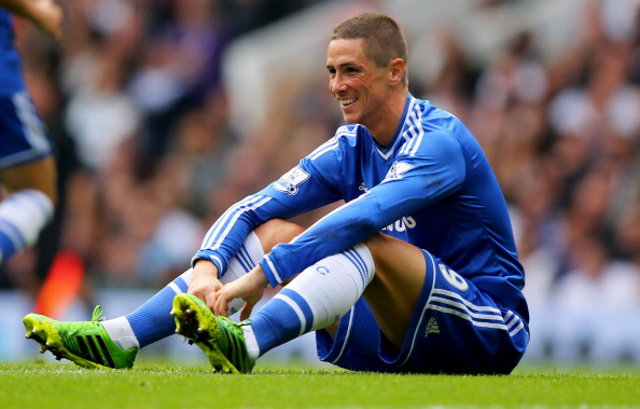 Chelsea striker could be set for German move.

Chelsea striker Fernando Torres has reportedly become a target for Bundesliga side Wolfsburg, according to Spanish source Fichajes.com.

The 30-year-old has been a big disappointment at Stamford Bridge since his £50m move from Liverpool back in 2011, and it is now thought that an offer of around £16m could be enough to tempt the Blues to offload him this summer.

Chelsea manager Jose Mourinho is keen to make some changes to his attacking options, and has already brought in Diego Costa and Didier Drogba as Demba Ba and Romelu Lukaku have both been sold.

Torres could be the next in the firing line, particularly with stories suggesting that Chelsea could be set to revive their interest in Paris Saint-Germain striker Edinson Cavani.

The London giants have been linked with a £40m bid for the prolific Uruguayan, who is understood to be unsettled in the French capital after a slightly underwhelming first season with the club last year.

Manchester United are also known to be interested in the former Napoli star, but he could complete an exciting-looking new strike force at Chelsea if the club succeed in bringing him in.

Torres would join former Blues team-mate Kevin De Bruyne if he made the move to Wolfsburg.