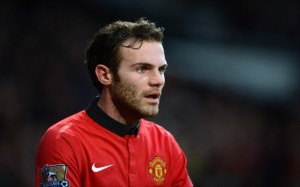 Manchester United’s record signing impressed under David Moyes last season, and many view his £37.1m capture from Chelsea as one of the few bright sparks of the Scotsman’s reign as Old Trafford boss. However, the Spaniard will be under pressure to flourish under the stewardship of Louis van Gaal – offering adequate midfield support for the likes of Ander Herrera and Michael Carrick while also providing the ammunition for strikers Robin van Persie and Wayne Rooney. The 26-year-old will also want to prove former manager, Jose Mourinho, wrong – with the Blues boss having criticised the player prior to his Stamford Bridge departure for not being ‘clever enough’ to succeed.