Two of South America’s biggest stars were pictured together at the Emirates Stadium this afternoon ahead of the Emirates Cup pre-season friendly competition – Arsenal’s Alexis Sanchez and Radamel Falcao of AS Monaco.

The Gunners are hosting the annual tournament, with Monaco among the visitors to north London this summer, and these two will arguably be the biggest names on show at the competition this weekend.

The pair exchanged some words in the Emirates Stadium tunnel ahead of the afternoon’s action, with Arsenal’s club photographer on hand to snap the duo together at the ground. 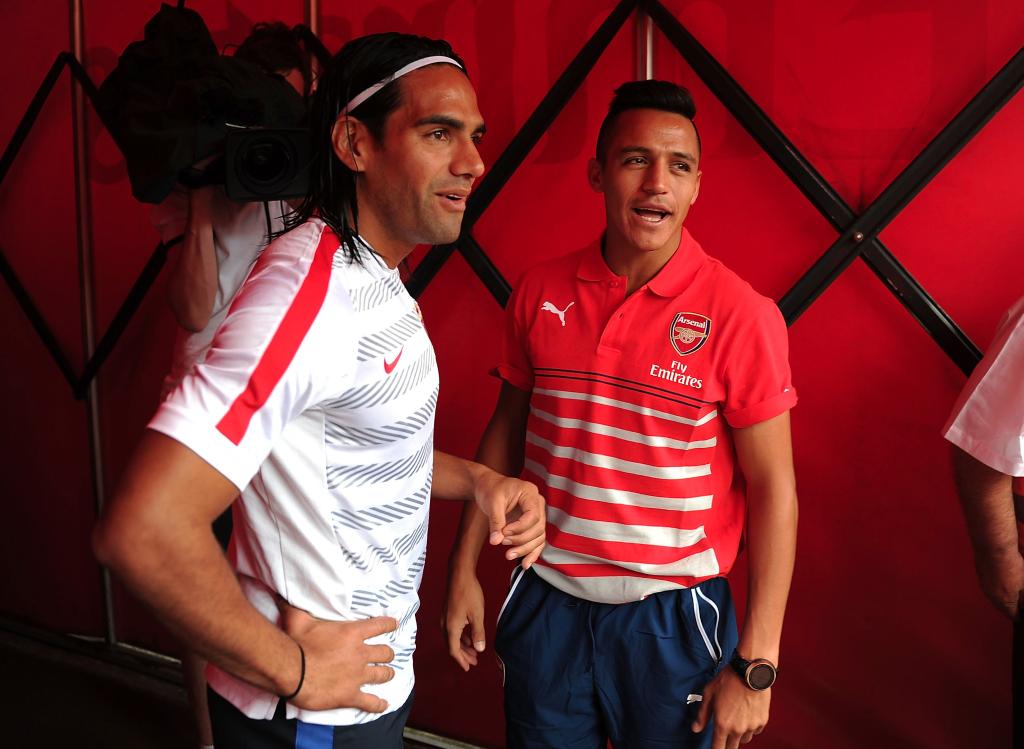