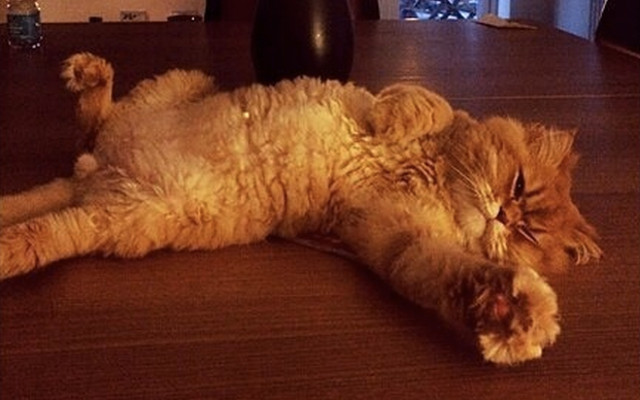 What a cool cat!

Premier League runners-up Liverpool are currently on a preseason tour in the USA.

He is also longing to be reunited with his fluffy ginger cat, who is called Kismo, but looks more like a Garfield.

Amy uploaded the below image of Kismo to Instagram last night.

Enrique reposted it, along with the message: “The most amazing cat in the world. Love you kismo”.