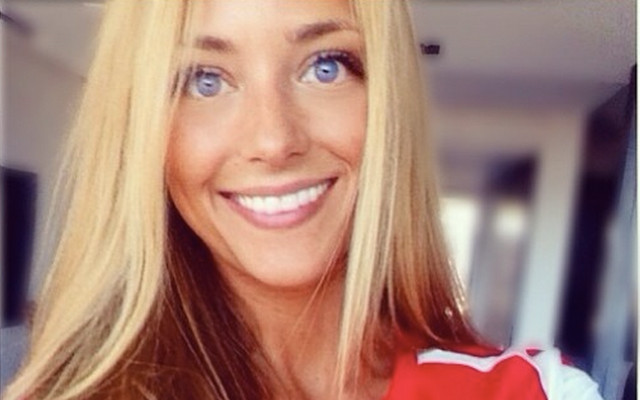 Lovely Laia at the Emirates.

Former Barcelona star Alexis Sanchez made his Arsenal debut as a second-half substitute as the Gunners thrashed Benfica 5-1 in the Emirates Cup on Saturday.

The 25-year-old Chile international was loudly cheered when he came off the bench.

Among the fairly packed crowd was Sanchez’s girlfriend Laia Grassi, who uploaded the below picture to Instagram.