Which is the biggest rivalry in world football… 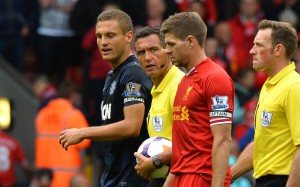 Not strictly a local derby, but the rivalry between Liverpool and Manchester United is one of the strongest in world football, as well as being one of the most anticipated matches of the English Premier League season.