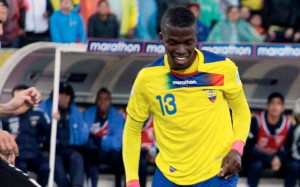 West Ham lacked goals last season, and with Andy Carroll already ruled out of the start of the Hammers season through injury, United make a crucial addition when they won the race to sign Enner Valencia from Pachuca. The Ecuadorian was one of the stars of this summer’s World Cup, scoring three goals despite his team not making it past the group stage.