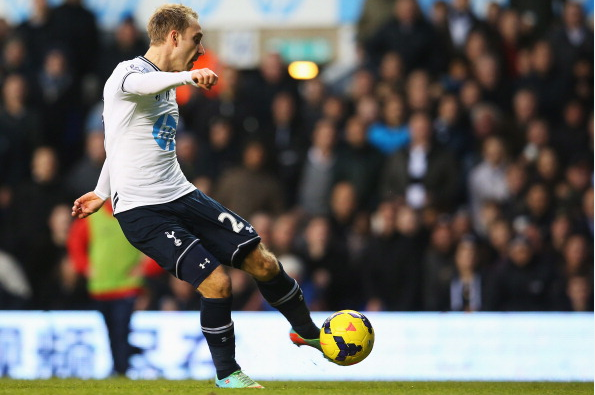 Watch the Dane make it 4-1 to Tottenham in pre-season clash.

Danish playmaker Christian Eriksen enjoyed a successful debut campaign with Tottenham Hotspur following his transfer from Ajax twelve months ago – and he is already getting into the swing of things ahead of the new season.

Eriksen scored a fine free-kick during Tottenham’s emphatic 6-1 victory over Celtic in pre-season today, a result which rounded off a miserable week for the Scottish champions after they were thrashed by Legia Warsaw in a Champions League qualifier.