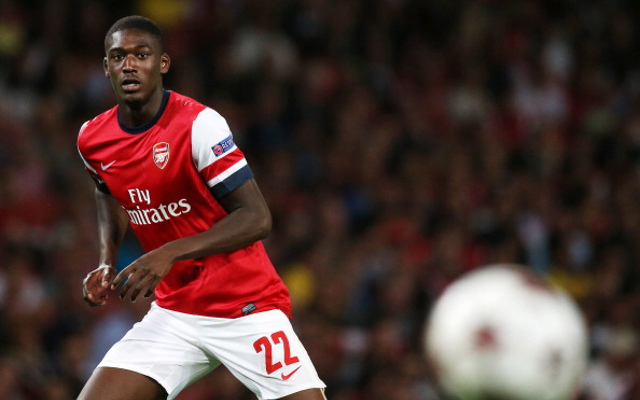 Watch the young striker come of age as a Gunner.

It has been a superb afternoon for Arsenal and young striker Yaya Sanogo – with the young centre forward’s blistering first half hat-trick giving his team a stunning 4-0 lead over Portuguese champions Benfica in their Emirates Cup clash.

The match followed a 2-2 draw between Valencia and AS Monaco, putting Arsenal in the driving seat for the friendly competition, but it is Sanogo who will grab all of the headlines after his superb first half performance.