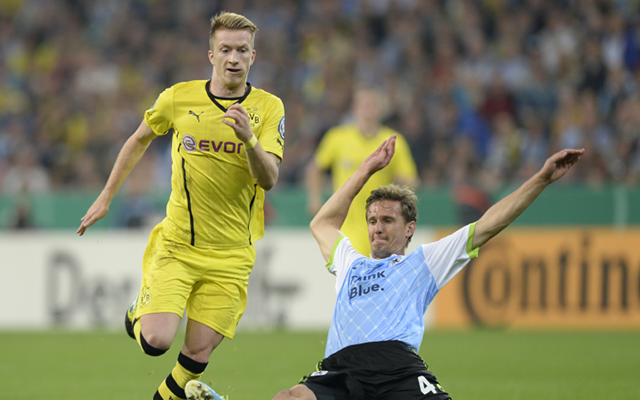 Liverpool are still desperate for a marquee summer signing…

Liverpool have been handed a transfer boost in their pursuit of Marco Reus, with the Sunday Express revealing that rival suitors Bayern Munich have all but pulled out of the race to sign him.

Despite already signing six players this summer, Reds boss Brendan Rodgers is seemingly still keen to make further additions to his Liverpool armory, ahead of the club’s return to Champions League football.

And following the £75m departure of star striker Luis Suarez to Barcelona earlier in the transfer window, the club’s fans are still desperate for a marquee signing that will show off their desire to challenge for multiple honours next year.

The Anfield club has been linked sporadically with a move for Reus, who turned down a new contract with current club Borussia Dortmund last month, and the Reds interest could be enhanced following the news that Munich will not be pursuing the player.

Bayern chairman Karl-Heinz Rummenigge said: “I like to give myself a year in advance to make transfer decisions, but this cannot be done in football any more, in the past we have tried to clarify our transfers early, but today the philosophy is different.”

Liverpool are also expected to complete the signings of Spanish full-backs Javier Manquillo and Alberto Moreno, from Atletico Madrid and Sevilla respectively, next week.