Paying Chelsea £50 for a shirt just to mock one of their players… at a Liverpool game. Hmmmm.

Many were heartbroken when he left to join Chelsea for £50m in January 2011, although Luis Suarez did a good job of replacing the Spaniard.

Despite scoring a handful of important goals, including a very famous one against Barcelona, Torres has yet to hit top form at Stamford Bridge.

He has netted just 20 times in 110 Premier League games.

It seems that one Liverpool fan is particularly enjoying El Nino’s relative failure with the Blues and he has taken his attempts to mock him to the extreme.

The Reds beat AC Milan 2-0 in Charlotte last night and a man was pictured in the stands wearing an official number 9 Chelsea shirt printed with the words “DONT SCORRES”. 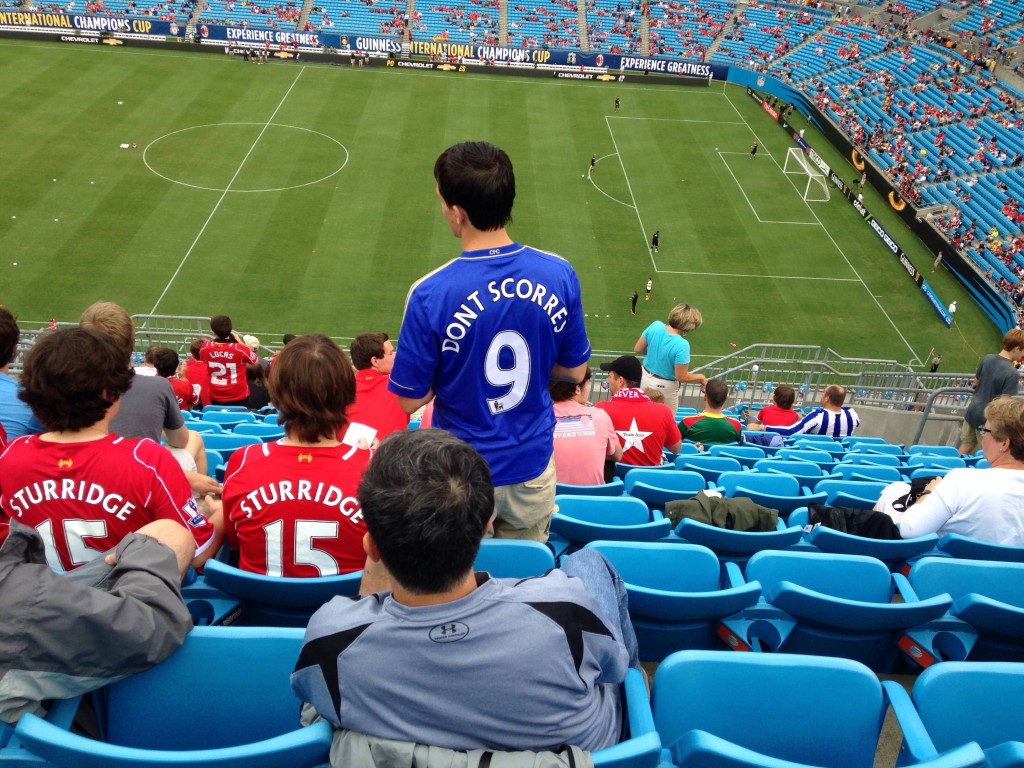