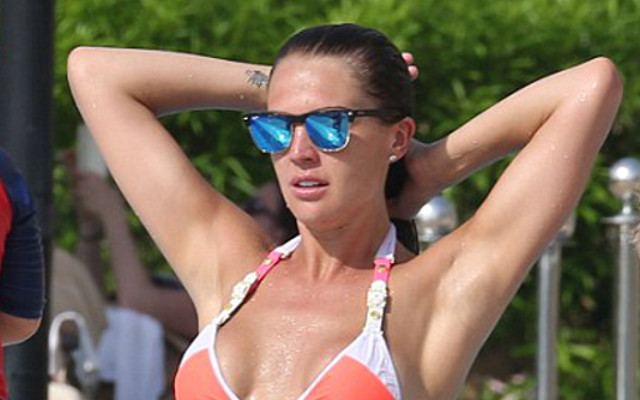 Model Danielle Lloyd has confirmed that her marriage to former Tottenham Hotspur footballer Jamie O’Hara is over after he allegedly cheated on her with two women, according to The Sun.

Lloyd apparently told friends that she has “too much pride” to stay with the Wolverhampton Wanderers midfielder.

A pal of Lloyd told The Sun: “Danielle says it’s definitely over. She is devastated and her boys are her priority right now.

“She needed a break away to think, but she knows that she has some serious decisions to make when she returns home.”

Danielle is currently in Dubai with her three sons.

She has been pictured wearing a sexy bikini, but no wedding ring.

Meanwhile, Jamie has also been snapped with bare fingers.