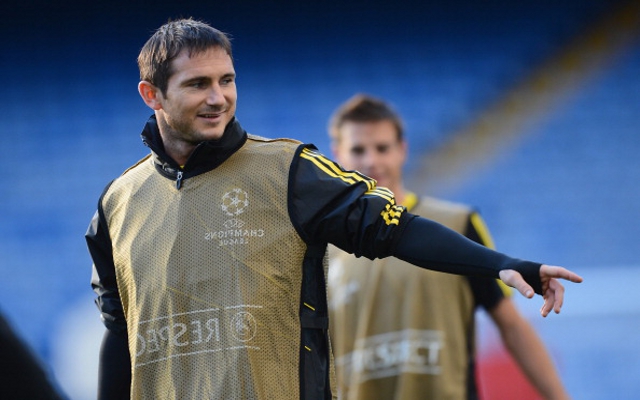 Manchester City manager Manuel Pellegrini says he will expect Frank Lampard to play against his old club Chelsea and ignore sentiment if he does move to the Etihad Stadium on loan, the Daily Mail reports.

The 36-year-old midfielder is expected to complete a surprise move to City for the first half of the 2014/15 Premier League season, despite only having left their rivals Chelsea at the end of last season after seeing out his contract at Stamford Bridge.

Adored by Blues fans for his long career at the club, in which he became their all-time leading scorer, Lampard will now represent their rivals City for a short spell as he looks to maintain his fitness ahead of linking up with his new side New York City FC in January.

With the MLS season yet to begin, Lampard will need to move elsewhere to ensure he is playing regular football, though it had been reported that the England international requested not to be eligible to play against his old side Chelsea.

Still, City boss Pellegrini looks unlikely to accept this special request, and expects the veteran star to fulfill his duties as a first-team player for the club as anyone else would.

“I will talk about all those things with him but he’ll be a player for City and he’ll play every game he needs to play,” said the Chilean.