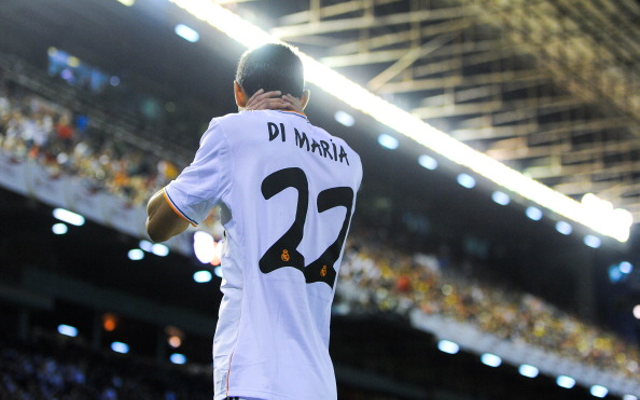 Bayern are the latest side to join the chase for di Maria.

Real Madrid midfielder Angel di Maria is the subject of great transfer interest this summer as Bayern Munich join Manchester United and Paris Saint-Germain in the chase for the Argentine, reports the Times.

The Red Devils are weighing up the possibility of making the 26-year-old their club record signing by meeting the £55m asking price that Los Blancos have set for the South American.

PSG were thought to be leading the chase for di Maria, but their difficulty in adhering to UEFA’s Financial Fair Play rule has hindered their pursuit and had seemingly made United favourites to conclude the deal.

The Premier League side’s chief executive Ed Woodward has made it clear that since signing a new record £750m deal with Adidas the club are prepared to rival the £80m and £85.3m fees paid for Cristiano Ronaldo and Gareth Bale respectively.

This is what has drawn them to di Maria, who is seen as a world-class figure for his performances for Madrid and Argentina over the past 12 months.

However, they now face strong competition for di Maria in the shape of reigning Bundesliga champions Bayern, who have no issues with the FFP ruling.

With the lure of Champions League football and the chance to work under the guidance of maverick head coach Pep Guardiola, a switch to the Allianz Arena could well be tempting for the Argentina international.