Sunday’s Manchester United transfer gossip: United face a huge battle if they are to convince either Angel Di Maria or Mats Hummels to move to Old Trafford this summer; plus more… 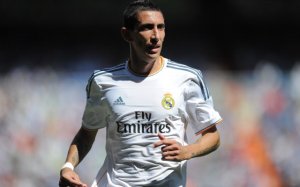 Manchester United have been struck a transfer blow with the news that Bayern Munich are also preparing to declare their interest in Real Madrid winger Angel Di Maria – who is already being heavily linked with a move to PSG.

The Sunday Times explained the hopes of both United and Munich have been boosted by Paris Saint-Germain’s difficulties adhering to Uefa financial fair play sanctions.

The Argentina international had been placed on the market by Real Madrid at an asking price of £55m and had encouraged PSG’s advances ahead of United’s because the French title-holders will play Champions League football this season.