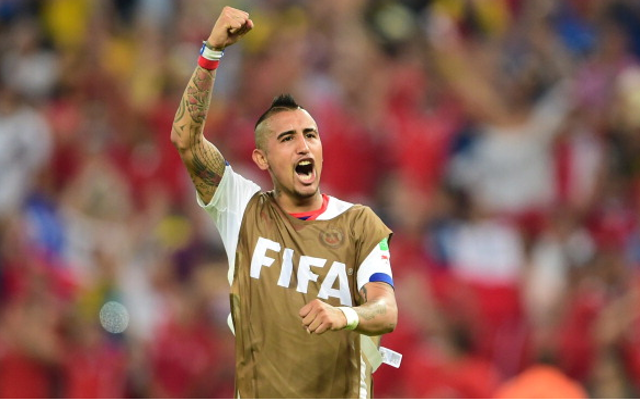 Vidal named in squad for Juve’s tour of Asia.

Manchester United’s hopes of sealing their long-awaited transfer of midfielder Arturo Vidal from Juventus have been dealt a blow, with the Serie A champions having named the Chilean as part of their squad for an upcoming pre-season tour of South East Asia, according to the Daily Star.

The former Bayer Leverkusen midfielder has been consistently linked with a move to join up with Louis van Gaal and United this summer – but the news that he will be flying out to Singapore, Indonesia and Australia with the Old Lady would indicate that a deal is still some way from being completed.

Vidal would be van Gaal’s biggest signing as United boss so far, despite expensive moves for Southampton left back Luke Shaw and Athletic Bilbao midfielder Ander Herrera already having been sealed this summer.

Juventus captain Giorgio Chiellini, as well as the club’s sporting director, have reiterated their belief that Vidal will stay in Turin in recent days – indicating just how keen Juventus are to keep hold of one of their star men.

A deal is still possible, however, with Vidal’s inclusion in the Juventus squad for the tour potentially a signal being sent from Turin to put pressure on the Red Devils to up their bid for player.