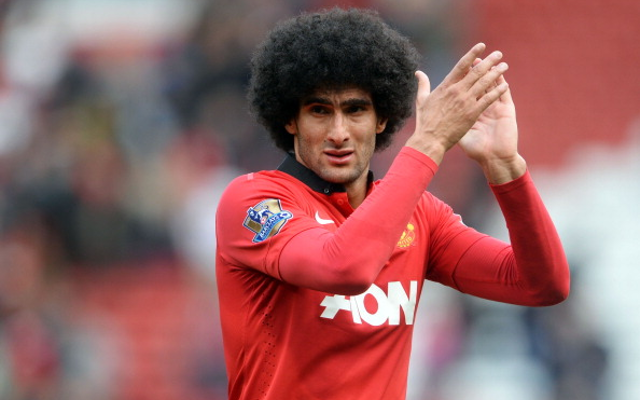 Goal.com believe that the 26-year-old Belgian, who cost David Moyes £27.5m from his former-club Everton last year, could be set for a season-long loan move to Italian side Napoli, with United continuing to pay 50% of the players wages.

Fellaini made 16 Premier League appearances last season, failing to score, and new Old Trafford boss Louis van Gaal is not believed to have any interest in allowing such an expensive player to sit-out the season on the substitutes bench, or in the stands.

The Daily Mirror reported last night that the midfielder’s salary is too rich for the Italians, but that United are seemingly prepared to bite the bullet by continuing to pay him £50,000 a week, with Napoli making good the rest.

Meanwhile, Borussia Dortmund are lining up a cut-price swoop to take another United misfit, Shinji Kagawa, back to the Bundesliga.

Kagawa has failed to nail down a regular place since joining from Dortmund for £17m two years ago. Now, Jurgen Klopp is set to offer the Premier League side £12m for the Japanese international.