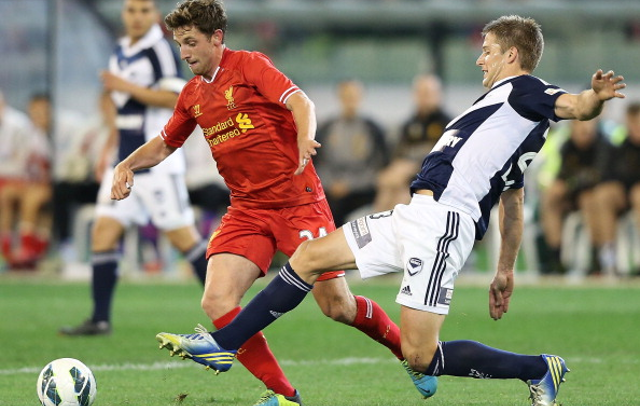 Liverpool continued their impressive pre-season form in the USA with a comfortable victory against a dismal Milan side, that probably should’ve been by a considerably more comfortable scoreline.

The Reds took an early lead when Joe Allen finally scrambled home after Raheem Sterling sterling had been denied, before the teenager was fouled in the box to give Rickie Lambert a chance to score from the spot – but his penalty was saved.

Milan never looked like capitalising on this reprieve, however, and the game was settled late one when Suso bagged himself a neat goal. Liverpool will now face rivals Manchester United in the tournament’s final.