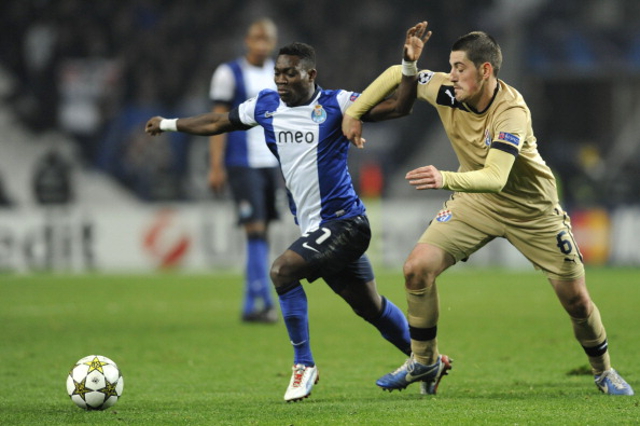 Everton’s loan move for young winger Christian Atsu from Chelsea is on the vere of collapse, according to the Mirror, who report that the Blues are set to pull the plug on the deal over concerns about the amount of first team football the Ghanaian would receive at Goodison Park.

Atsu was believed to be on the verge of a move to join up with Roberto Martinez, but it is suggested that the Spaniard would only see Atsu as a back-up member of his squad, rather than a player who would be receiving the consistent first team football that Chelsea believe he would require.

Atsu spent last season on loan in the Eredivisie with Vitesse Arnhem and impressed in Holland, after being signed from FC Porto, and his performances for his nation at the World Cup have only served to underline his potential as a star of the future.

The collapse of his move to Everton could open the door for other potential Premier League suitors, with West Ham United amongst the other clubs who are believed to hold an interest in taking Atsu on loan for the season.

Everton had been believed to have streaked ahead in the race to secure a deal for the player, but these new revelations will give increased hope to the likes of Sam Allardyce that they can secure Atsu to bolster squads ahead of the new Premier League season, starting in a fortnight.