Neymar missed Brazil’s 7-1 semi-final defeat against Schweinsteiger’s Germany through injury last month, and is likely to also miss the start of the new La Liga season. 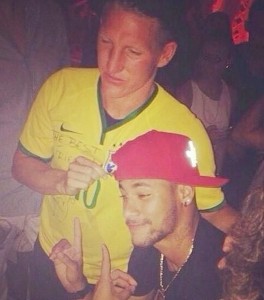 Pictures also surfaced of Neymar again wearing the protective corset aiming at supporting and aiding the healing of his back injury. 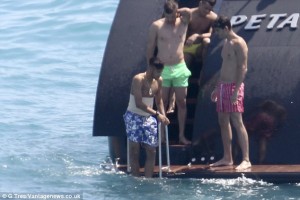