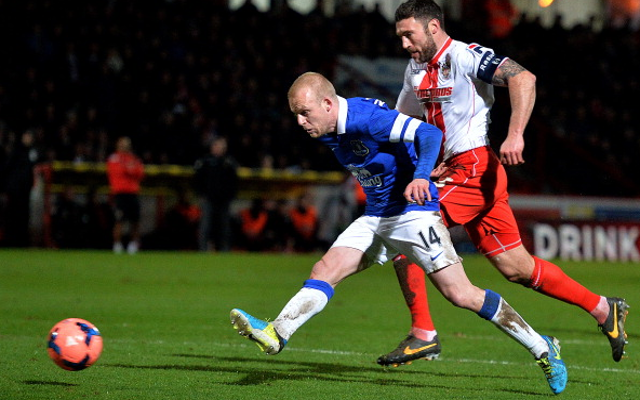 Naismith to gift tickets to Liverpool’s unemployed through the season.

Everton midfielder Steven Naismith has made a fantastic gesture to Liverpool’s unemployed population, according to the Guardian, with the Scottish international having bought tickets for Everton’s home games in the 2014/15 season with the intention of distributing them across the city.

Naismith has reportedly asked JobCentres in Liverpool to give out the tickets for each of the Toffees’ home games to unemployed people who would enjoy watching a Premier League match at Goodison Park.

The gesture is a fantastic one from a player who has become a firm favour since arriving at Everton, with his work rate and desire more than making up for what Naismith’s lacks technically, with this latest revelation only sure to further secure his place in Evertonian hearts.