Five other strikers who could improve Reds upfront.

With Liverpool manager Brendan Rodgers moving to rule himself out of a move for AC Milan striker Mario Balotelli, CaughtOffside looks at five other players on the market at the moment who could make good alternatives to the former Manchester City man.

Although the 23-year-old is not without his flaws, he would certainly make a potentially world class addition to the Reds’ squad after the difficult blow of losing Luis Suarez to Barcelona, and some fans will be disappointed not to see the move happen this summer.

Still, there are other options for the club to look at it, and with some fresh ideas thrown in alongside existing transfer rumours, see below for an alternative list of striker targets for the Merseyside giants this summer. 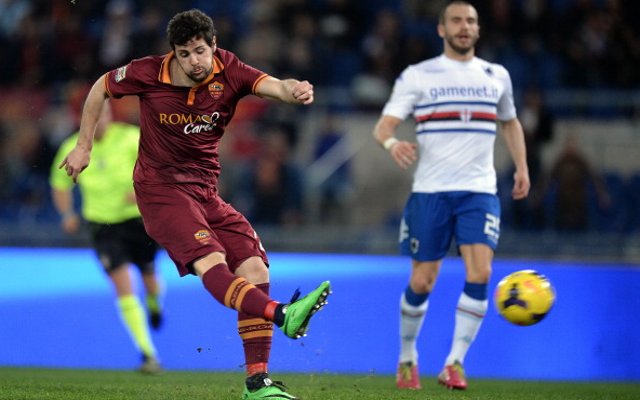 Roma striker Mattia Destro has found himself linked with Premier League clubs in recent times, and Liverpool should perhaps consider rivalling the likes of Arsenal and Tottenham Hotspur for his signature this summer after his impressive goalscoring exploits in Serie A. Still only 23 years of age, Destro looks an outstanding prospect and could be a great long-term purchase for Brendan Rodgers as he looks to fill that Luis Suarez-shaped hole in his side’s attack.