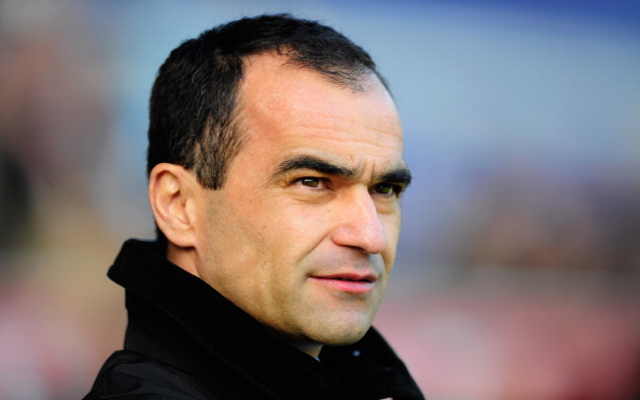 Everton have decided to post a giant 50 foot mural of manager Roberto Martinez on one side of Goodison Park, following the Spaniard’s impressive start to life with the club.

The 41-year-old led the Toffees to fifth place in the Premier League last season, and has appeased fans yet further this summer by splashing out £28m on Chelsea striker Romelu Lukaku, and tying down star midfielder Ross Barkley to a new long-term contract.

This news will no doubt come as something of a surprise to former manager David Moyes, who spent over 11 years at the club without ever gaining such an honour.

They've only gone and made a 50 foot mural of Martinez haven't they? pic.twitter.com/rC3wwOVSde