Manchester United’s new manager Louis van Gaal looks set to axe as many as five key first-team players from his squad after allowing them all a run in the team in their pre-season tour of the US, according to the Daily Mail.

The Dutchman is in his first season in charge at Old Trafford after taking on the difficult task of replacing Sir Alex Ferguson, and it is clear that big decisions will need to be made about a number of the club’s underperformers, who have been fighting for their futures in the club’s pre-season fixtures so far.

Some surprise names such as Ashley Young and Javier Hernandez impressed in United’s recent 3-1 win over Real Madrid, but could still be among those set for the chop under van Gaal, who has also been linked with several big-name signings to come in before the start of the new campaign.

Five main candidates to be sold have been named, and they are as follows: 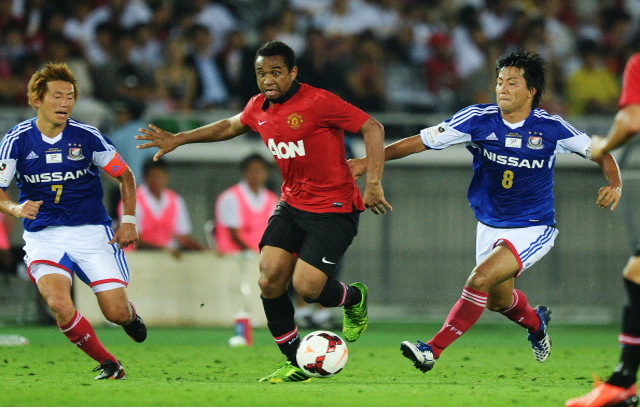 A real underachiever considering the potential he showed as a youngster, it is thought that Anderson is one of a number of players who has failed to impress van Gaal in pre-season so far. Having spent the second half of last season on loan at Fiorentina, a permanent transfer seems more than likely this summer.