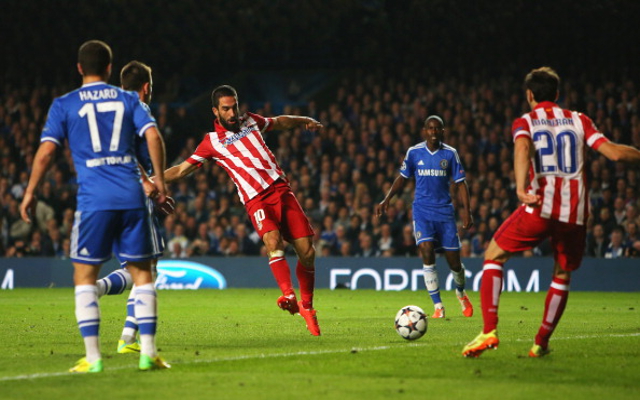 The Red Devils have a long standing interest in the Turkish international, one that pre-dates Van Gaal’s arrival at the club, but he is believed to be keen on finally doing what he predecessors could not by bringing him on board.

Turan was one of Atletico’s key men last season as they saw off competition from Barcelona and Real Madrid to lift the La Liga title.

Reports last week suggested the Spanish side have made enquiries about Kagawa’s availability, as they look to rebuild their attack after the departures of Diego Costa, David Villa, Adrian Lopez and Diego Ribas.

And United are now looking to take advantage of that interest by turning the tables to make a move for the 27-year-old.

Turan joined Atletico from Turkish giants Galatasaray back in 2011, where he’d made a name for himself as one of Europe’s most exciting wide men.

During his time at the Vicente Calderon he has gone on to notch 19 goals and 26 assists in 132.