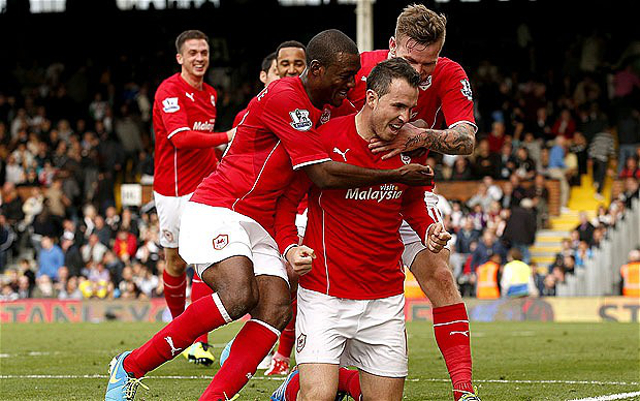 Rangers set to secure a deal for Cardiff’s Jordon Mutch.

Queens Park Rangers are set to step up their summer transfer spending, with Daily Mail reporting that the club are set to complete a deal to sign Cardiff City midfielder Jordon Much for a fee in the region of £6 million.

Mutch was one of the Bluebirds’ most impressive performers last year, despite their relegation from the Premier League, and would be a fine capture for manager Harry Redknapp as he looks to build a squad capable of avoiding the skirmishes with relegation that defined Rangers’ last two-year spell in the top flight.

With a loan move for right back Mauricio Isla from Juventus also set to go through, it is looking like an extremely positive week for QPR fans, as Redknapp looks to build on the early window deal that brought Rio Ferdinand to Loftus Road on a free transfer after he was released by Manchester United.

With less than two weeks to go until the new Premier League season kicks off, Redknapp’s dealings will be most welcome for QPR fans and represents excellent work, considering that Redknapp had less time to prepare than other Premier League bosses after his side were promoted through the play-offs.