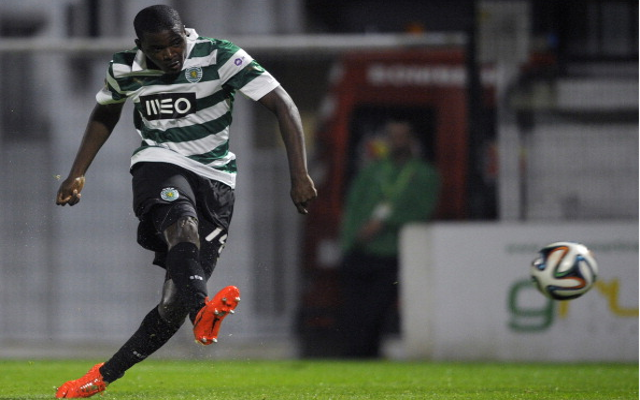 The Gunners and Sporting are close to agreeing a deal.

It finally looks as if Arsenal and Sporting Lisbon are going to agree on a deal for midfielder William Carvalho for somewhere in the region of £30m, according to Irish Examiner sports editor Tony Leen.

(2/2) Sporting know they’ve no chance of E45m for Carvalho so my reliable contact says expect gap to close fast between them and Arsenal.

Direct quote from Sporting Lisbon source: “If you ask for 30m you’re never going to get 31m. Negotiating…”

It appears as if Sporting have accepted they are not going to receive the £35.7m asking price for the 22-year-old and are prepared to lower their demands as long as an acceptable amount is bid.

The Gunners meanwhile opened up negotiations with a £23.8m offer, but are likely to have to climb further towards £30m if they want the Portugal international.

As the Daily Express reports both Chelsea and Manchester United have been strongly linked with Carvalho in the past, but have dropped off in recent times.

The North Londoners meanwhile are on the hunt for a defensive midfielder to shore up their back line and give support to either Aaron Ramsey or Jack Wilshere in the middle of the park.