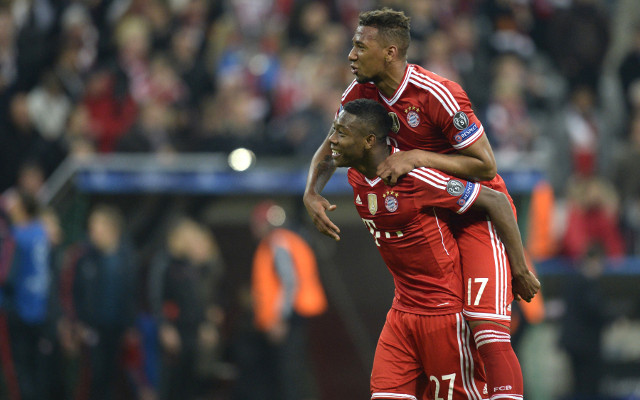 Spanish giants Barcelona are said to be weighing up a move for Bayern Munich defender Jerome Boateng this summer, according to Inside Futbol.

Boateng joined the Bundesliga champions from Manchester City in 2011, and still has four years left to run on his contract with the German giants.

Boateng is the latest in a long line of top quality centre-backs to be linked with a move to the Spanish side this summer, as they continue to search for a successor to the retired legend Carles Puyol.

The club are now said to be monitoring the 25-year-old’s situation and will decide whether to make a concrete move for him over the next week.

However, he will come at a price and if Barcelona are serious about following up on their interest they will have to fork out a hefty sum to get the German international.

Bayern are in no rush to sell the former Manchester City man, and Barcelona may need to fork out somewhere near €39m to get up close with him.

Boateng has made 131 appearances for Bayern since joining, and has also racked up 44 international caps for Germany.