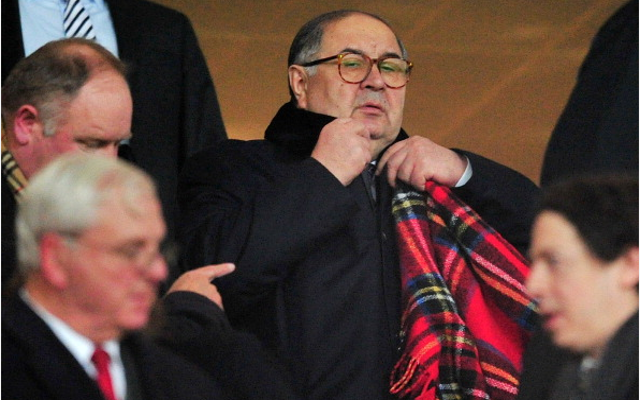 Billionaire shareholder Alisher Usmanov is confident that a new era of success in fast approaching according to quotes attributed to the Russian during an interview with the Daily Telegraph.

Usmanov is still embroiled in a long running feud with majority shareholder Stan Kroenke but is nonetheless very confident of the Emirates Stadium side’s ability to challenge for major honours in the near future.

Following the investment of over £60m in new signings this summer Usmanov was keen to register his optimism, stating;

“The club is very well placed to succeed,”

“I think we begin a new era for Arsenal where we win trophies. That is most important for football. In my opinion, in line with the existing rules, the club has the correct decision-making process in place, including their selection policy, especially now, when they have the means to buy the best players.”

However his words of optimism were in part countered by an insistence of pointing out past failings;

“I think that Arsenal’s planning was based on acquiring the new stadium, a decision taken by the previous owners,”

“The acquisition was financed with debt, which would be repaid through match-day revenues among other sources. There is another way of doing it: when shareholders buy all of the assets and contribute them to the club. As a result, these debt-free assets may generate income for the club. It is always up to the shareholders to choose which model to adopt.”

“The board and main shareholders chose the debt option at the time, which led to Arsenal going almost 10 years without winning a domestic title or the Champions League. The first trophy only arrived in the 10th year. As a result of this choice, they were selling players and were unable to buy top players. These difficulties have now been overcome and the team is in a good state; the club’s finances are in order and I believe that Arséne Wenger and the club’s CEO [Ivan Gazidis] will manage them correctly.”

Indeed a large percentage of Arsenal’s fanbase may well agree with these assertions though the club’s healthy bank balance and continued adherence to a youthful transfer policy, with notable exceptions, also helps to maintain Arsene Wenger’s sensible, cost-effective, approach to squad building.