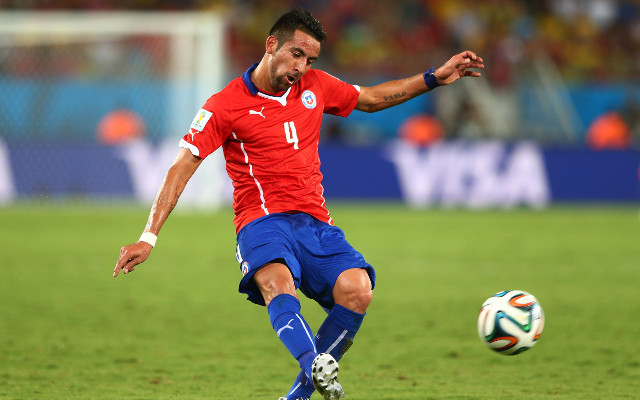 Loftus Road side welcome in Chilean.

QPR have signed Chilean international Mauricio Isla on a loan deal according to the player’s official Twitter account.

Isla has struggled to retain a foothold in the Juventus starting eleven and may well be ready for a fresh challenge and having seen fellow countryman Alexis Sanchez move to the Premier League the Chilean may well be even more tempted to follow suit.

The former Udinese man made just 14 appearances last season but started all of Chile’s World Cup fixtures this summer and looked very impressive and is an experienced performer who could be an ideal signing for Harry Redknapp to secure.

The Loftus Road side have already strengthened their defence with the captures of Rio Ferdinand and Steven Caulker and Isla can either be used at right-back or in a midfield role.

The loan move could well lead to a permanent switch if Isla impresses at the west London club.