4) Louis van Gaal favours the use of wing-backs 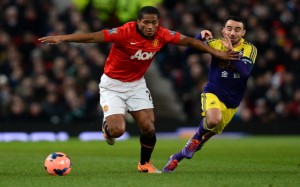 It seems that Louis van Gaal will stick with his policy of using wing-backs, in either a 3-5-2 or 5-3-2 formation. This philosophy served him well at the World Cup, helping the Netherlands to a third place finish – with their solitary defeat at the hands of Argentina coming in a penalty shoot-out.

He already has the players at his disposal to implement such a strategy. Rafael and Luke Shaw will be the obvious choices, but the United boss now knows that he will also be able to deploy Antonio Valencia and Ashley Young in the same roles.