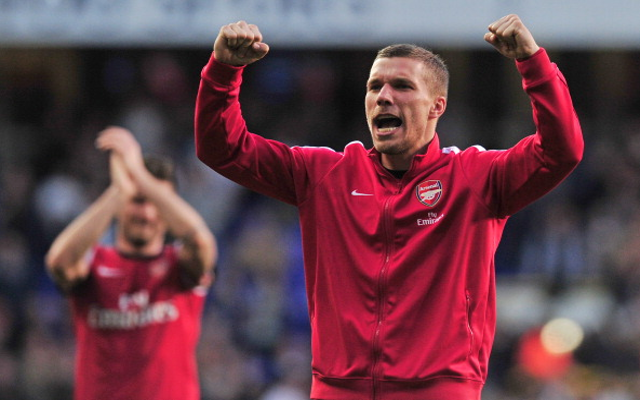 Arsenal and Germany attacker Lukas Podolski uploaded an image of himself with his young son today to his Instagram page.

The pair of both wearing snap-back caps backwards, and an identical pair of Bermuda shorts!

Podolski has not yet joined up with the Arsenal squad for pre-season, after his manager Arsene Wenger allowed him and the rest of the World Cup winning Germany players an extended break after the end of the tournament, so he’s enjoying the last of his holidays.