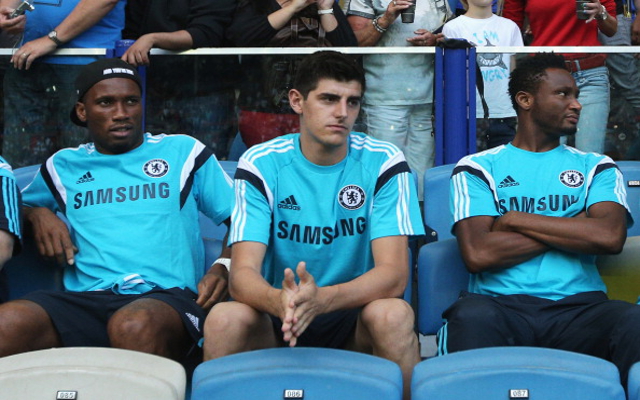 Belgian source HLN insists that the Bernabeu side retain a real interest in the young Blues star, who has been ushered into the Stamford Bridge set-up after three seasons on loan at the Vicente Calderon.

Real Madrid boss Carlo Ancelotti already possesses Iker Casillas and Diego Lopez so one imagines that any interest in Courtois would have to entail the duo both being offloaded this summer, which seems highly unlikely.

Courtois is yet to play a senior fixture for Chelsea but there is every chance that he will force his way ahead of Petr Cech in Jose Mourinho’s starting eleven in 2014/15.

During his time at Atletico Madrid Courtois secured a Europa League, Copa del Rey and La Liga triumphs and played a pivotal role in the club’s run to the Champions League final before representing his nation at the World Cup finals.

It’s fair to say that he is one of the best young talents in world football and unlike his fellow countrymen Romelu Lukaku and Kevin de Bruyne the 22 year old does appear to have a future at the west London club.