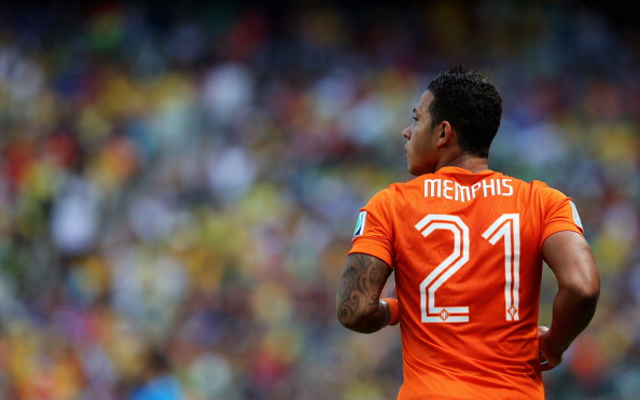 Tottenham will look to beat Man United in pursuit of highly rated Dutch winger Memphis Depay with a £15m bid imminent according to the Daily Express.

The 20 year old enjoyed a strong season in the Eredivisie last term and then further impressed during the World Cup finals and is now being strongly linked with a move to the Premier League.

Old Trafford boss Louis van Gaal, who clearly knows Depay well, is also said to be interested but White Hart Lane boss Mauricio Pochettino will look to win the race for the youngster who has been dubbed the ‘New Cristiano Ronaldo’.

Pochettino has already signed Eric Dier, Ben Davies and Michel Vorm and has moves in place for Mateo Musacchio and Morgan Schneiderlin and the Argentine will look to bring in Depay to improve his wide-attacking options.

The likes of Aaron Lennon, Nacer Chadli and Andros Townsend all struggled to impress last term and Icelandic international Gylfi Sigurdsson has left for Swansea City so there is certainly scope to improve the north London side’s attack.