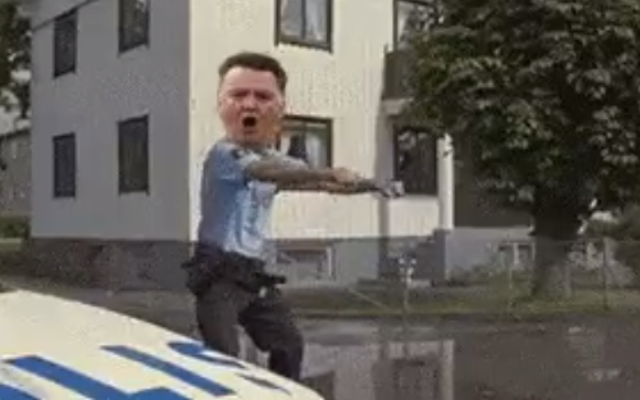 This is messed up!

An internet artist has pasted over footage from the 2003 film ‘Kopps’ to make a hilarious video involving Manchester United manager Louis van Gaal and his Chelsea and Arsenal counterparts.

The violent spoof, which you can view below, shows Van Gaal slaying rivals Jose Mourinho and Arsene Wenger with a gun, while thrusting his pelvis furiously.