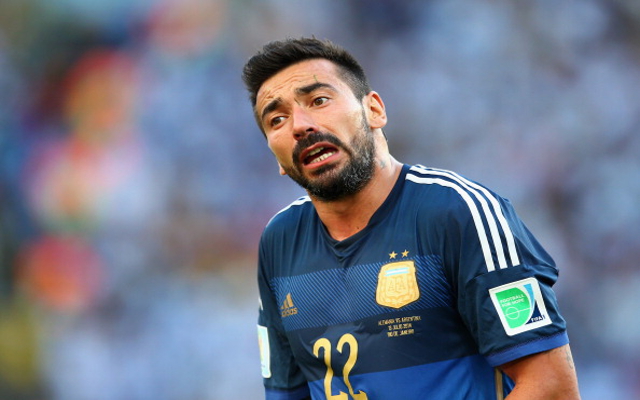 Anfield side close in on Parc des Princes star.

Ligue 1 side PSG are keen to push through a deal to sell Argentine attacker Ezequiel Lavezzi to Liverpool as they seek to make room for Real Madrid star Angel di Maria accoriding to Spanish source AS.

This source claims that the Anfield side see the experienced Parc des Princes side as a replacement for Luis Suarez and that PSG are looking to secure €22.6m (£17.9m) from the sale which they would then use to help fund the long awaited capture of di Maria.

Liverpool had been close to securing an extra attacking signing in the form of QPR striker Loic Remy but the move broke down and as such it’s entirely plausible that Brendan Rodgers would be on the trail of another option and Lavezzi is certainly a player capable of helping to fill the void left by Suarez’s move to Barcelona.

The 29 year old has been solid, if not spectacular, during his two seasons in the French capital and the fact that he can play in either a wide or central attacking role may be key to Liverpool’s apparent interest.

Prior to his move to PSG Lavezzi spent five successful seasons at Napoli and is a player who is well versed in Champions League action, which could be another reason for Rodgers to track the forward.