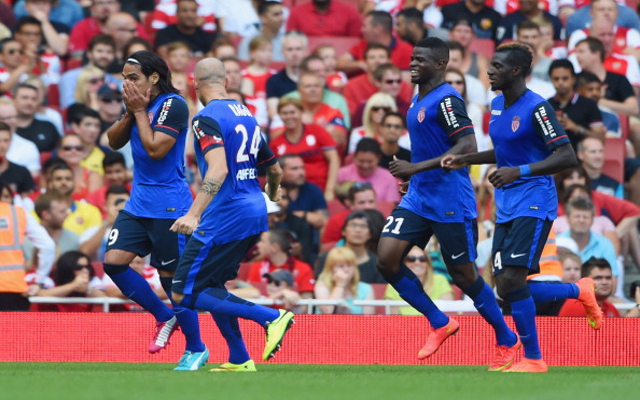 Anfield side could land Colombian to fill Luis Suarez void.

Liverpool are reportedly edging ahead of Premier League rivals Man City in the chase for AS Monaco forward Radamel Falcao according to Italian football pundit Mina Rzouki.

It's not yet done. Falcao is between Liverpool and City but the former quite a bit in the lead to land the player. What a coup it would be

By all accounts Ligue 1 big spenders AS Monaco are concerned they will not manage to adhere to UEFA’s FFP (Financial Fair Play) guidelines; this despite having sold James Rodriguez to Real Madrid earlier this summer, and are looking to find a prospective interested party for fellow Colombian Falcao.

Some sources state that such a move may be a temporary one, with a possible loan deal leading to an outright sale, and it’s a move that may just appeal to Falcao.

Liverpool are clearly a side on the rise and Brendan Rodgers has the funds from the sale of Luis Suarez to invest in the former FC Porto and Atletico Madrid man and could well be able to hand the 28 year old a competitive salary offer.

Falcao is a proven goal-scorer of the highest order having netted an astonishing 142 goals in four seasons in Portugal and Spain before moving to the Stade Louis II last term.

The lethal finisher managed 11 goals in 19 appearances for the principality side before he suffered a knee injury that curtailed his season and ruled him out of the World Cup finals.