The two sides the Spanish giants could play in the upcoming season.

On Tuesday Real Madrid completed their latest major signing of the season in the shape of goalkeeper Keylor Navas, acquired from fellow La Liga side Levante.

The Costa Rica international is just one of a number of top-class players now plying their trade at the Estadio Santiago Bernabeu and here are the two brilliant XIs head coach Carlo Ancelotti could field in 2014/15. 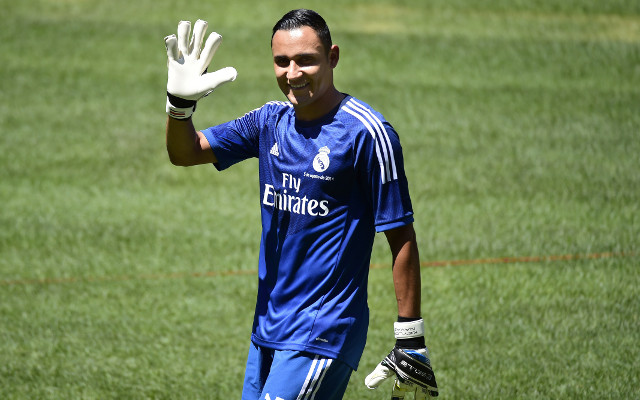 GK – Keylor Navas – A £7.9m signing and a stopper who has been greatly impressing over the past 12 months for both club and country.

RB – Daniel Carvajal – Bought back to the Spanish capital in 2013 after one year with Bayer Leverkusen and looks to be a fine full-back.

CB – Sergio Ramos – Has established himself as one of the best centre-backs in world football in nearly a decade with Los Blancos.

CB – Pepe – Alongside Ramos this Portugal international is currently preferred, although his temperament and capability is sometimes questioned.

LB – Fabio Coentrao – Has struggled to find his place at the club at times, but fellow countryman Cristiano Ronaldo links up well with Coentrao.