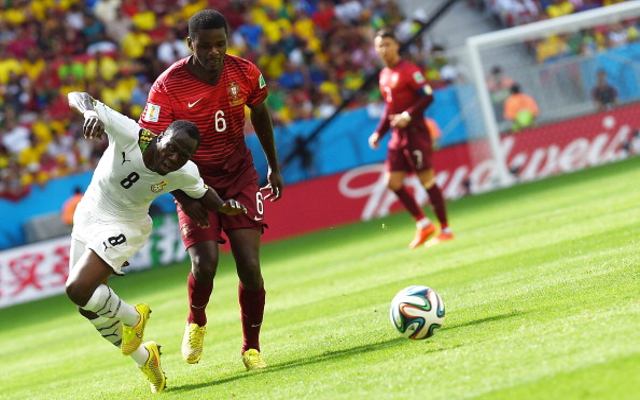 Arsenal are set to close in on the signing of Sporting Lisbon midfielder William Carvalho after Arsene Wenger confirmed that the club would not be making a move for Real Madrid’s Sami Khedira.

Wenger has been credited with a long standing interest in the German World Cup winner and had been tipped to make a move for him at some point during the current window.

However, comments made on Thursday afternoon have hinted that the manager will turning his attentions elsewhere.

“We were never close to signing him [Khedira] because Jack Wilshere has come back fit and in midfield we have quite a few offensive box-to-box players,” the Frenchman was quoted by the club’s website.

Recent reports have claimed that Wenger has targeted Sporting Lisbon’s William Carvalho as his first choice to take Khedira’s place at the top of his wish list, and it is now thought that a deal to bring him to the Emirates Stadium is near completion.

Direct quote from Sporting Lisbon source: "If you ask for 30m you're never going to get 31m. Negotiating…"

Lots of folk asking whether Carvalho-to-Arsenal will happen. I don't make such decisions. But, as tweeted, willing vendor, willing buyer…

Sporting are thought to be open to a sale, and after initially sticking to their guns are now ready to drop their original asking price.