What could Edinson Cavani bring to Liverpool…

Earlier this week, CaughtOffside brought you the exclusive story, that Liverpool were preparing a £40m bid for Edinson Cavani.

We believe that the club are readying a record £40m bid for the PSG forward, with Brendan Rodgers hoping to replace Uruguayan international Luis Suarez with his fellow countryman.

The Anfield boss has been given the green light to launch a big money bid for the 27-year-old Parc des Princes star despite having already forked out almost £90m on new signings thus far this summer.

Here are five this the player could bring to Liverpool, if he were to make the move to England this summer: 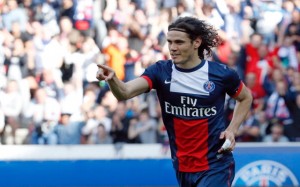 Cavani has maintained a healthy goal to game ratio throughout his years as a professional. After beginning his playing career with Danubio in Uruguay, he scored 141 goals in seven seasons in Italy, with three years at Napoli producing an impressive 104 goals in just 138 games. He then registered 25 times for new side PSG last season. Cavani has also scored 22 times for his country in 63 appearances.